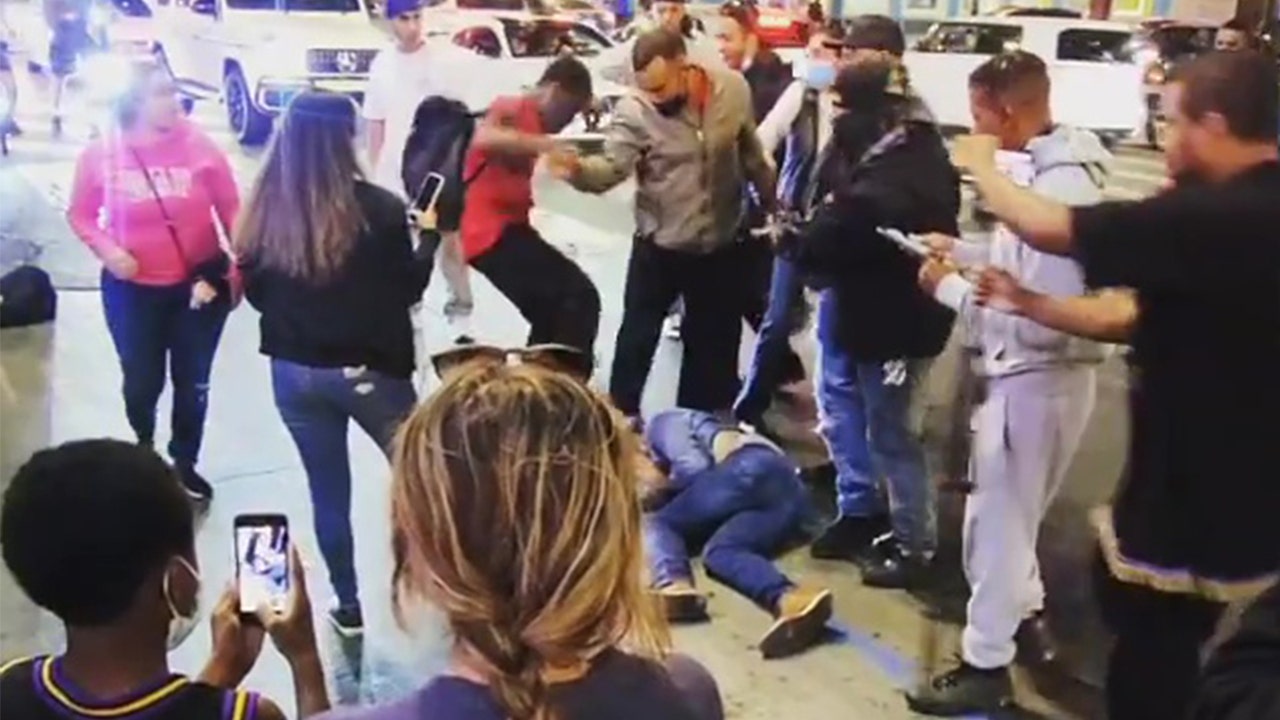 Shocking cell phone video captures a brutal attack along the Hollywood Walk of Fame over the weekend.
www.foxla.com

LOS ANGELES - Shocking cell phone video captures a brutal attack along the Hollywood Walk of Fame over the weekend.

LAPD was told the victim was a tourist and approached another person that he was preaching the wrong thing, prompting a heated argument between the victim and the person who was allegedly preaching in public.


Following the argument, several people jumped in and started attacking the victim, who was Caucasian.

The attack is being investigated as an assault with a deadly weapon hate crime, the LAPD told FOX 11.


The suspected attackers ran off from the scene.


As of Monday night, no arrests have been announced in the incident.