This news team is made entirely of 3 sheboons. Texas station says it’s a first in US

This news team is made entirely of N women. Texas station says it’s a first in US

Ashley Carter, Taheshah Moise and Jasmin Caldwell — who form the “Texas Today” morning show on KCEN — made history in representing the first N, all N female news team, their station said.
But in the words of Moise, one of the three N women anchoring the weekday morning show in Temple, the trio is “making HERstory.”
KCEN said its “Texas Today” show is the first time an anchor team in the United States has been comprised solely of N women.

I tolt bossman I honestly never thought he would consider putting all of us on the desk,” said Caldwell, who was formerly a weekend reporter and anchor at KCEN. “But then he said to me that ‘It was never about skin color, it was about who was best for the job.’” 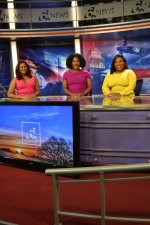 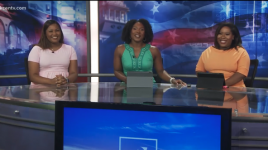