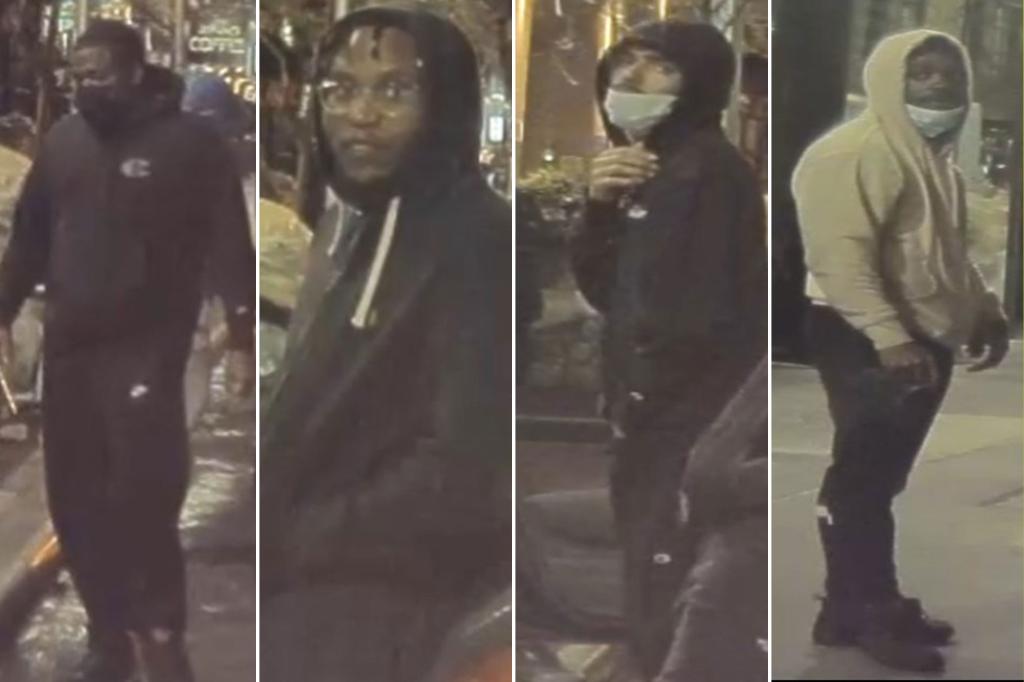 The NYPD released photos of four men wanted for questioning in connection with the shooting deaths of two people at a Manhattan recording studio Thursday morning. 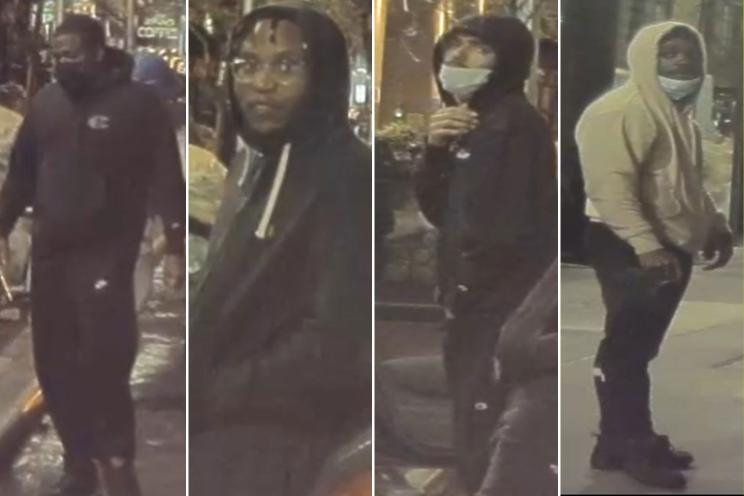 The NYPD released photos of four sought in connection to the fatal midtown shootings of Kamir King and Devon Dillahunt. DCPI


The NYPD released photos of four men wanted for questioning in connection with the shooting deaths of two people at a Manhattan recording studio Thursday morning.
The men all donned hooded sweatshirts in the pictures and were mostly captured looking at a camera with their faces unobscured. One man’s face was largely covered by a mask.
Kamir King, 34, of Harlem and Devon Dillahunt, 24, of Roselle, New Jersey were shot to death on the third floor of a commercial walk-up building on West 37th Street near Ninth Avenue just after midnight, police said.
Multiple people were hanging out at a music studio there when a separate group of four showed up just after midnight and shots rang out, according to cops and sources.
King was shot in the head, and was believed to be targeted in what may have been an attempted robbery, law enforcement sources said.


Dillahunt was found unconscious in front of an adjacent building with a bullet wound to his midsection, according to police.
Investigators are probing whether Dillahunt was the person who had shot King earlier, according to the sources.
He was one of the four men that entered the studio and the last member of the group to leave the building, the sources said.
“We don’t know what the connection between these two individuals are,” Aaron Klein, Executive Officer of Detective Borough Manhattan South, said at a morning press conference. “Obviously, they’re in close proximity, but it’s still early on.”
A large, unspecified amount of money, as well as marijuana, was found inside the studio, according to police sources.
You must log in or register to reply here.
Share:
Facebook Twitter Reddit Pinterest Tumblr WhatsApp Email Share Link
Top