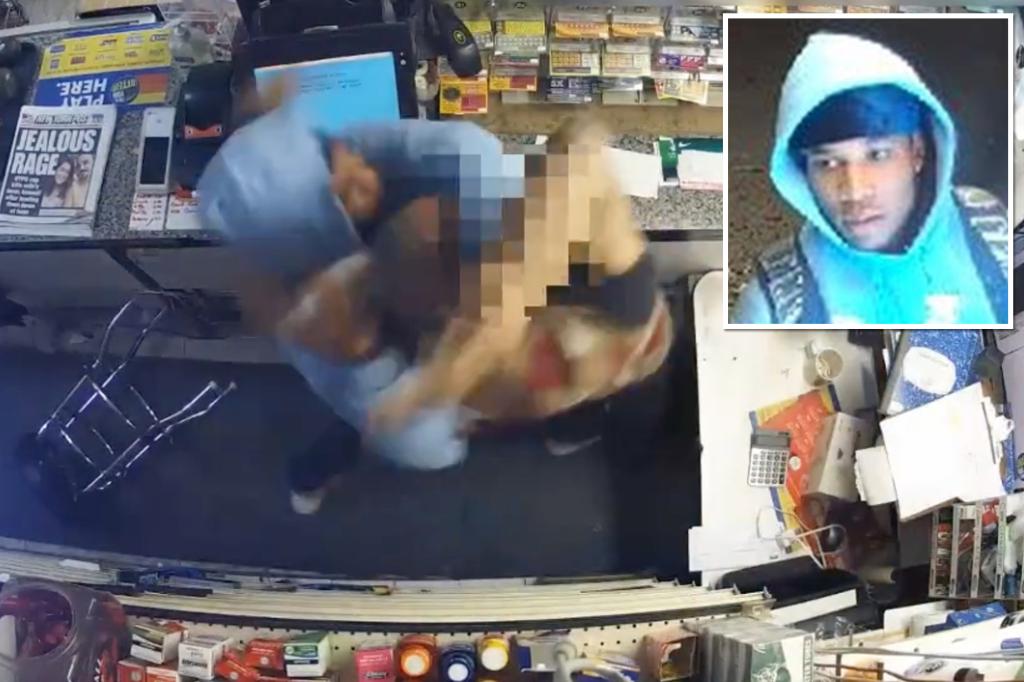 The victim appeared to be adjusting the scratch-off tickets in a display case when the brute came up behind him and started the attack.

Thief beats Staten Island store worker with a glass bottle, throws him to the ground and chokes him unconscious

A mugger brutally beat a Staten Island bodega worker and choked him unconscious before swiping a wad of cash from the register, disturbing new video shows.
The suspect entered the store on Victory Boulevard near Cebra Avenue in Tompkinsville at 5 a.m. Tuesday and approached the 54-year-old man working at the counter, cops said.
The victim appeared to be adjusting the scratch-off tickets in a display case – with a copy of the Post laying on the counter – when the brute came up behind him and started grappling with him, the footage shows. 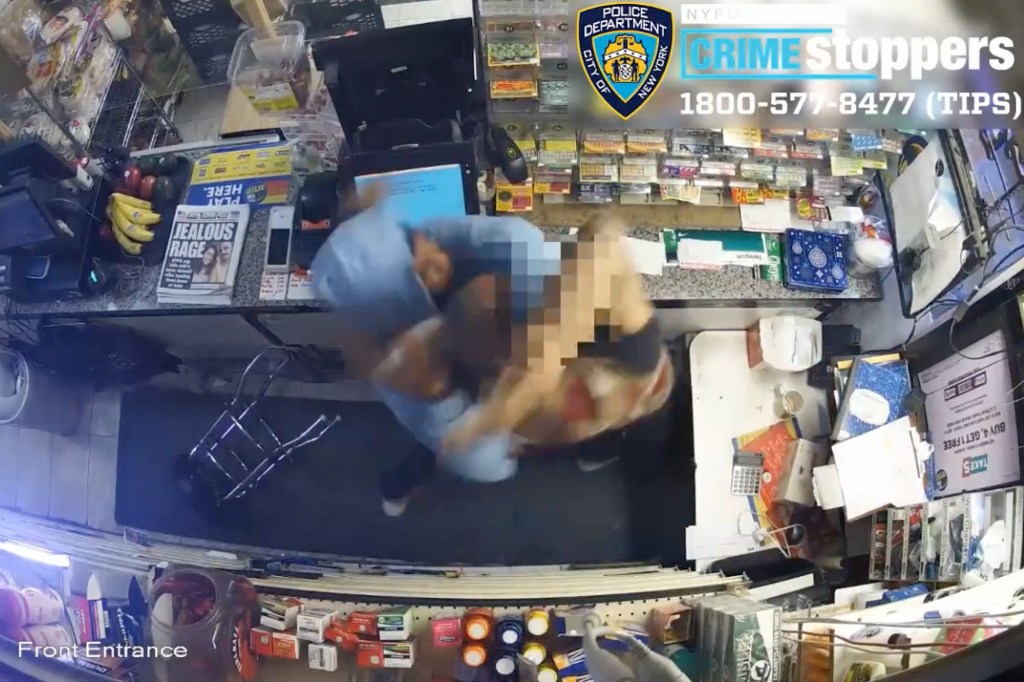 The suspect brutally attacked the worker inside the bodega in Tompkinsville, Staten Island at 5 a.m. Tuesday, cops said NYPD 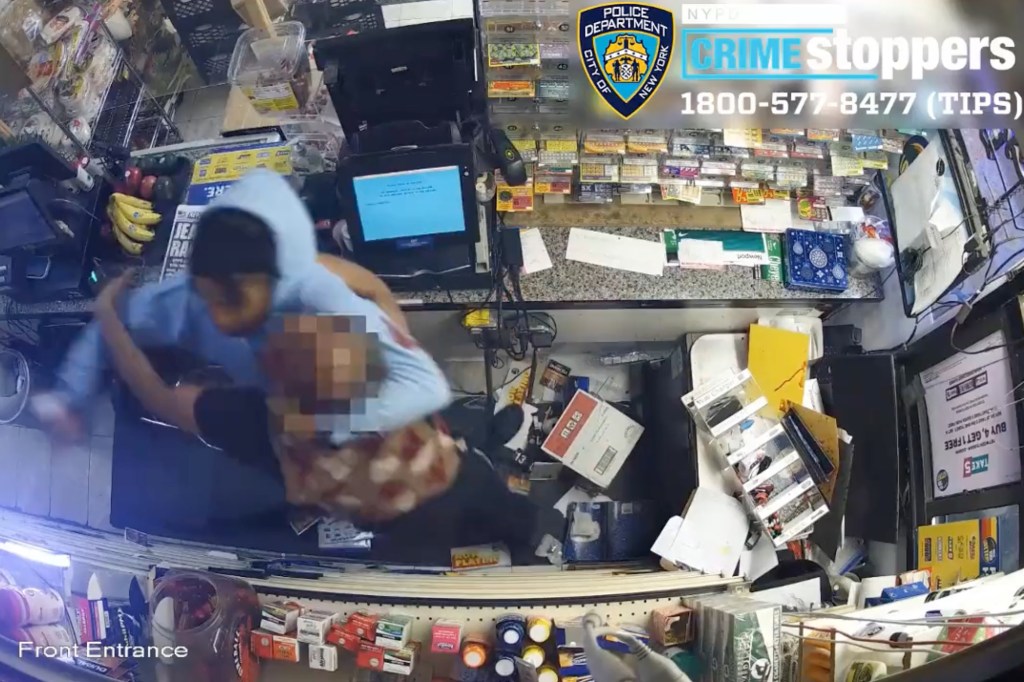 
The suspect grabbed $2,000 from the register before bolting, cops said.


The victim came to his senses a short time later and sought assistance, police said. 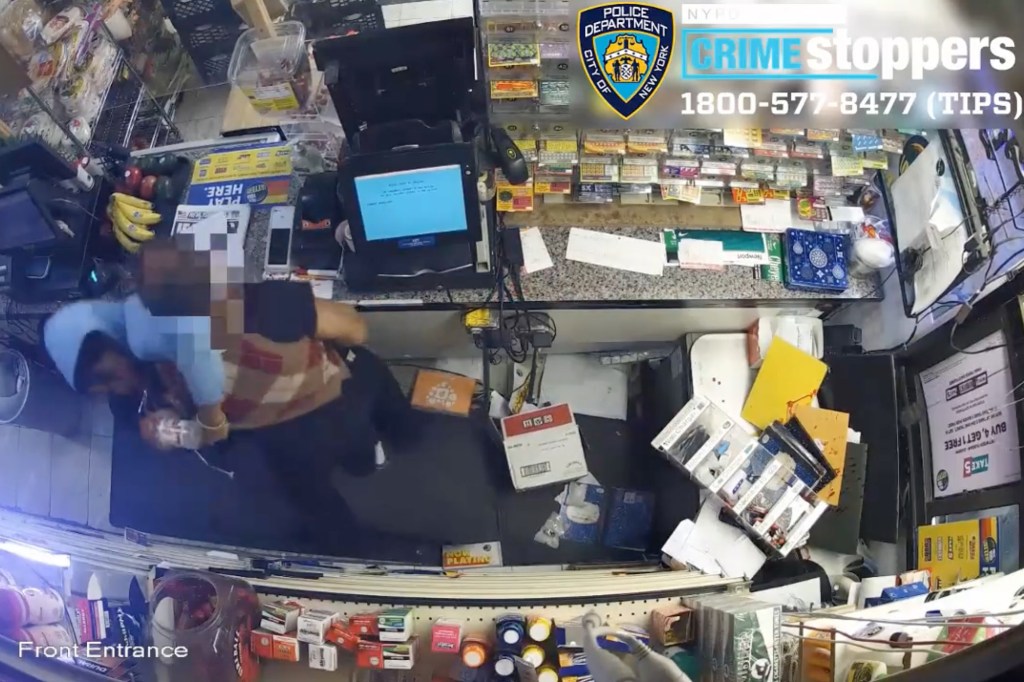 The mugger allegedly choked the worker until he fell unconscious, disturbing video showedNYPD 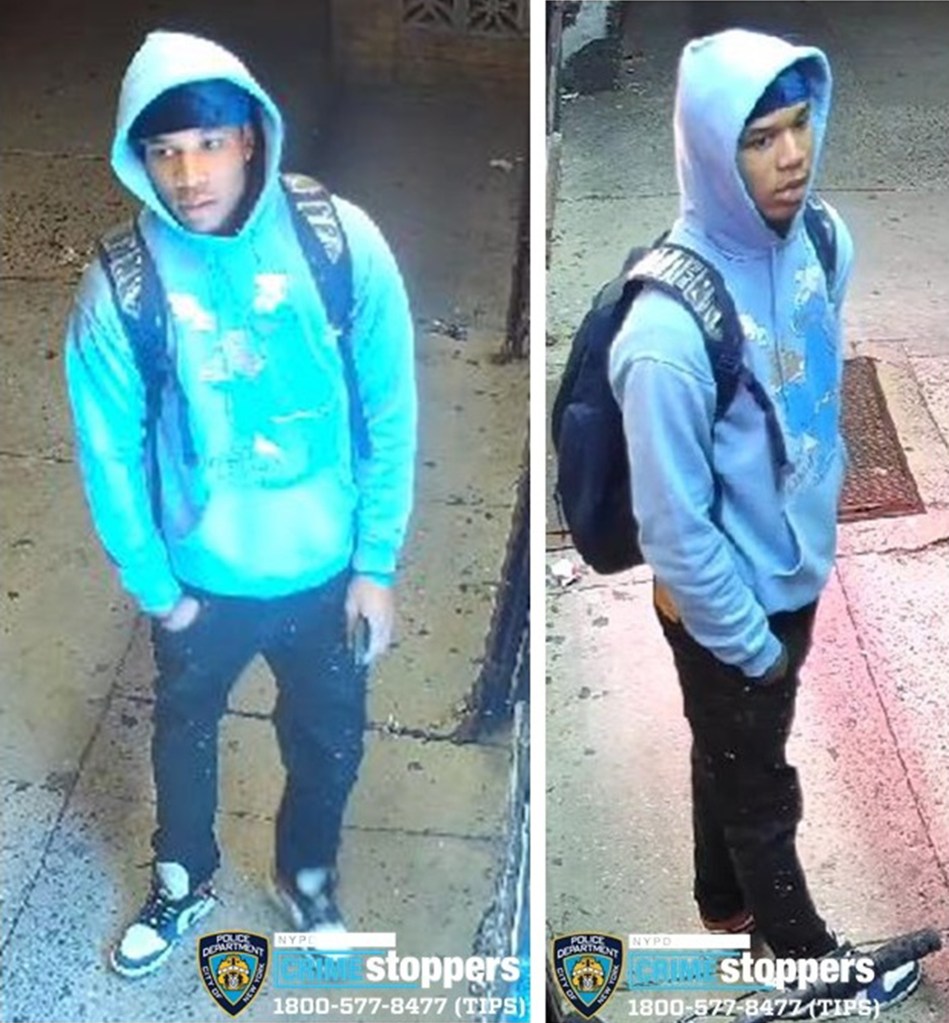 Cops are still looking for the suspect after he allegedly fled with $2,000 from the registerNYPD
He was taken to Richmond University Medical Center, where he was treated for multiple cuts on his head and was listed in stable condition.