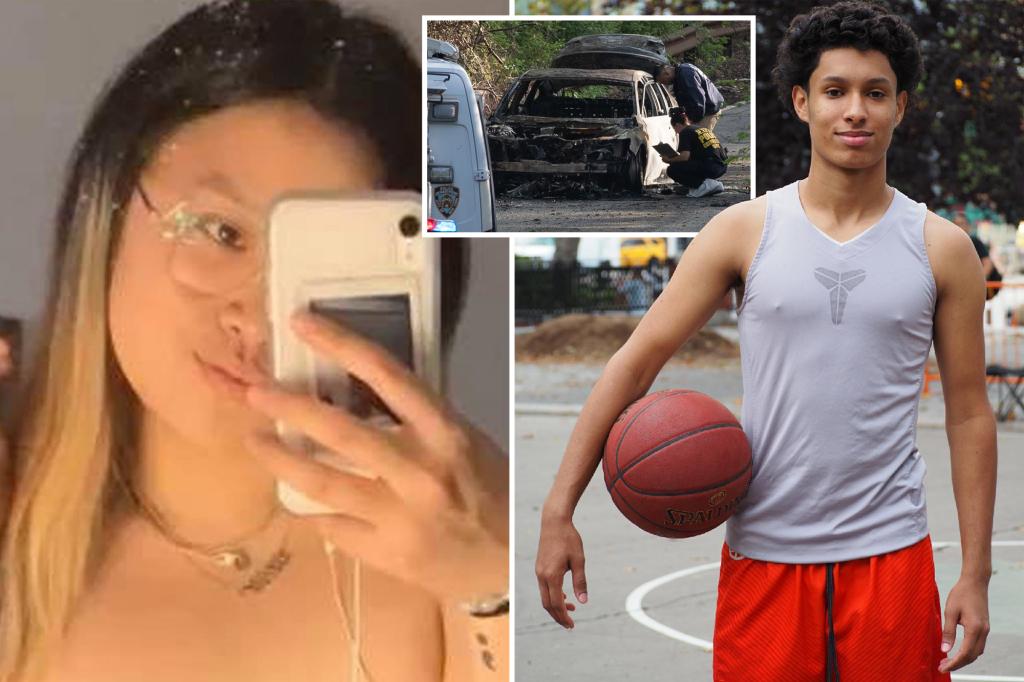 A doomed young couple found shot to death and burned beyond recognition in a car at a Bronx park were victims of a deadly gang war sparked by a stolen purse, law enforcement sources told The Post. …

A doomed young couple found shot to death and burned beyond recognition in a car at a Bronx park were victims of a deadly gang war sparked by a stolen purse, law enforcement sources told The Post.
Nikki Huang and ex-college hoopster Jesse Parrilla, 22, were executed in a series of retaliatory shootings that erupted after Huang griped to her gangster pals that a rival crew mugged her last Sunday, stealing her handbag, the sources said Thursday.
Parrilla was not a part of deadly beef between the rival Up the Hill and the Down the Hill crews, the sources said — and only wound up getting mixed up in the bloodshed while spending time with Huang.
“Right now it looks like he was in the wrong place at the wrong time,” one Manhattan cop said. “He has no criminal record. It looks like he was just hanging out with Nikki.”
The ex-hoopster’s mother, Michelle Morales, who owned the car the pair was killed in, said her son knew Huang from middle school.
“He was a good-hearted person just helping a friend out with a ride,” she said through tears. “I don’t think he was aware of anything. He had no idea what was going on because he would never put himself in a situation like that. 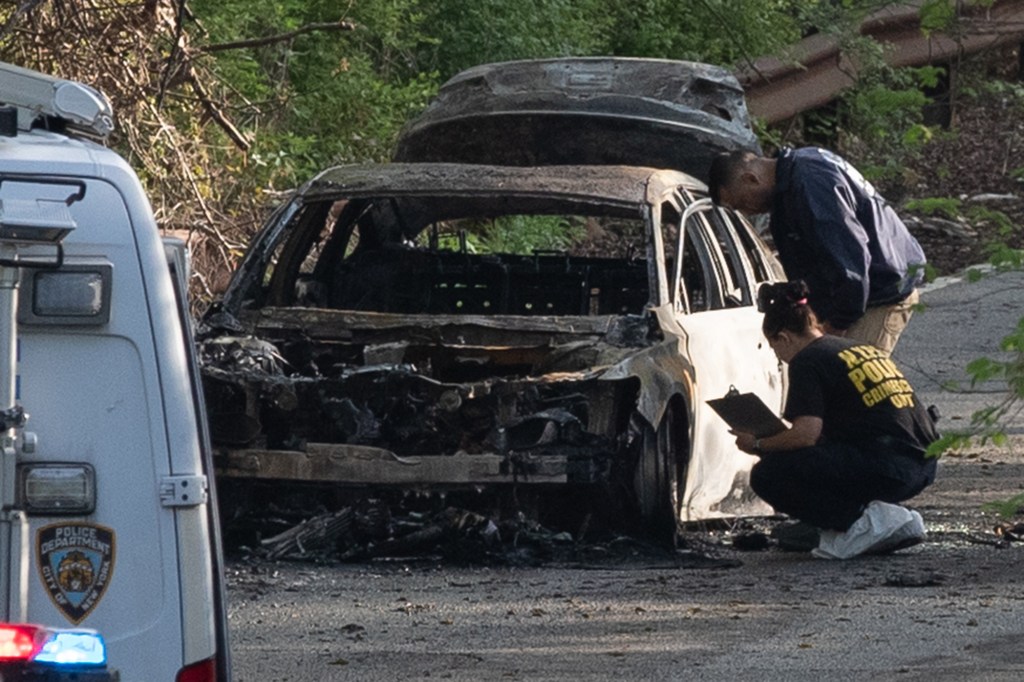 Former college basketball player Jesse Parrilla and Nikki Huang were killed in a gang-related shooting near the Pelham Bay and Split Rock Golf Course in The Bronx.Robert Mecea
“I’m so angry and devastated and hurt that my son was taken away from me just like that. The last words he said to me when I was finally able to talk to him was, ‘I love you.'”
The bodies of the tragic young couple were found in the charred car around 4:30 a.m. Monday at the Pelham/Split Rock Golf Course in the Bronx — with few clues to help cops.
But detectives now suspect that the tragic series of events that led to the young couple being shot to death and burned were sent in motion after Huang, 23, was robbed near a housing project on the Lower East Side. 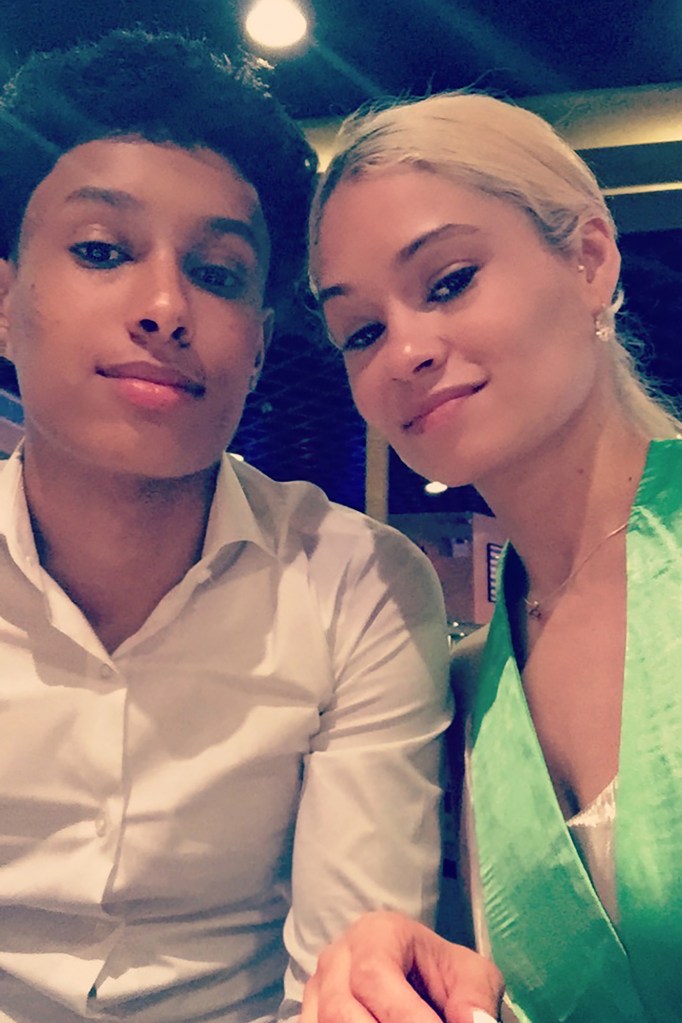 Jesse Parrilla’s mother, Michelle Morales (right), claims her slain son was not aware of his Huang’s gang-related quarrel.
Her assailants were allegedly members of a local crew that calls itself the Down the Hill Gang, law enforcement sources said.
The young woman — whose family owns a nail salon and a restaurant in the Lower East Side — happened to have friends in the rival Up the Hill gang. Instead of going to police, she complained about the crime to them.
Police sources said the two gangs are second-generation Big Apple crews, with Down the Hill calling Alphabet City its turf and Up the Hill controlling the Lower East Side. 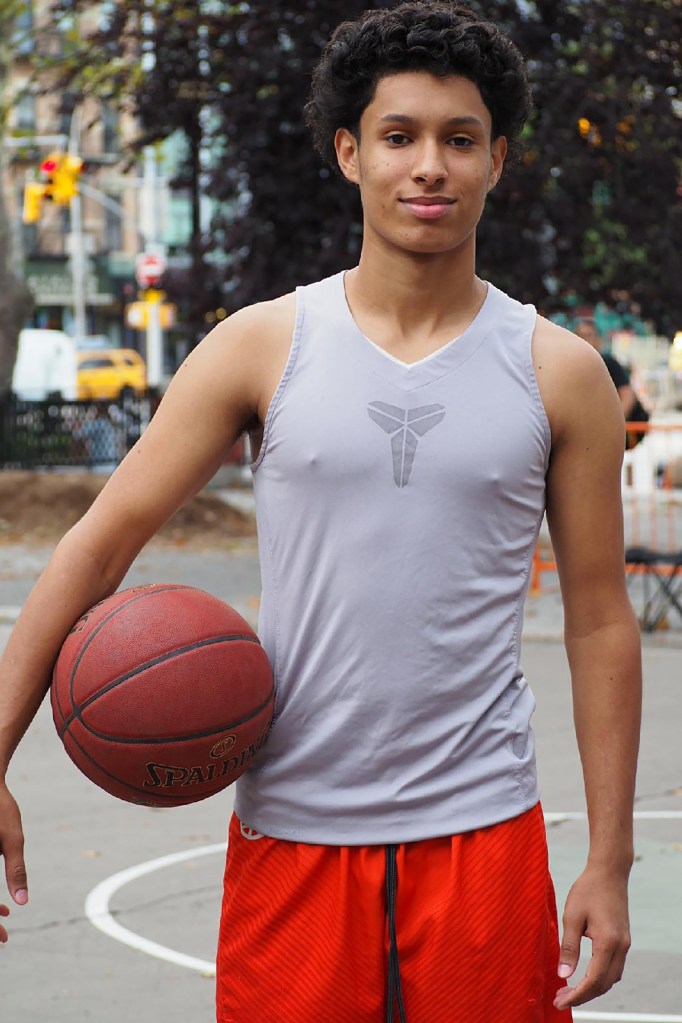 Jesse Parrilla was apparently caught in a gang battle from his girlfriend Nikki Huang.
They are not affiliated with national gangs that have been immersed in turf wars for years as far off as San Francisco, and as close by as Paterson, New Jersey.
And apparently the rivalry in Manhattan is so strong that they didn’t let the robbery of Huang, who lost cash and credit cards in addition to her purse, slide.
Sources said the payback began Sunday with a series of shootings.
At 11:18 pm.. a 39-year-old reputed member of the Down the Hill gang, Brandon Atkinson, was gunned down in Alphabet City, police said. It wasn’t known if Atkinson was actually the mugger who stole the purse, but he was rushed to Bellevue Hospital, where he was pronounced dead, cops said. 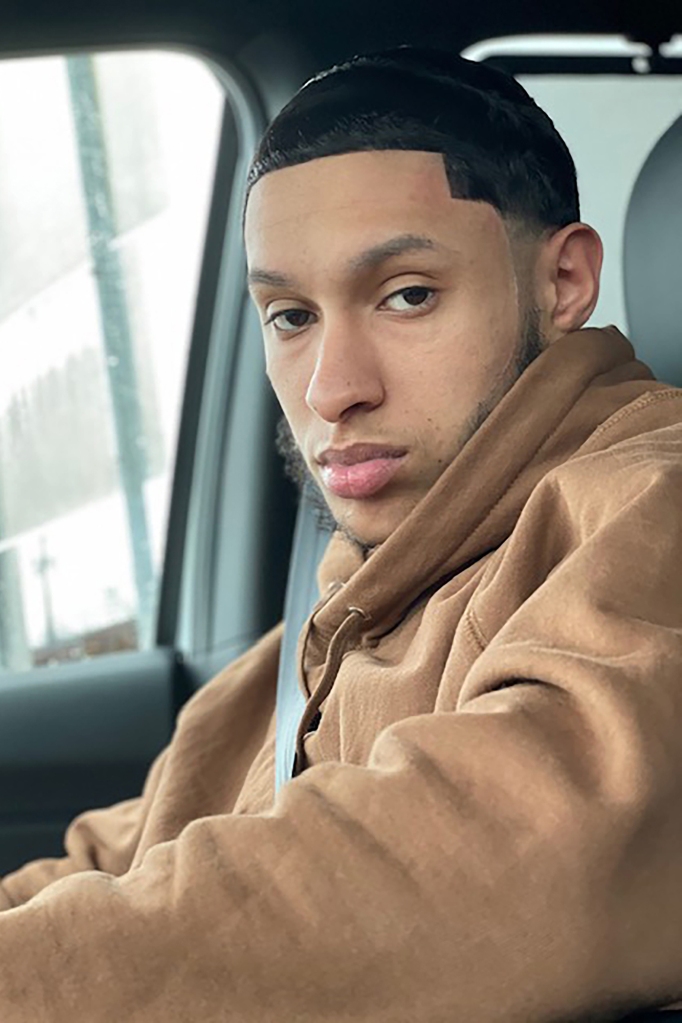 Jesse Parrilla was striving to start a business, according to his mother, Michelle Morales.
The Down the Hill gang’s pay back came quickly, as less than an hour later, two Up the Hill members were shot and wounded on Pike Street.
They then continued their vengeance by going after Huang herself. Cops believe that Down the Hill members targeted her for kidnapping on Sunday night while she was hanging out with Parrilla.
Both of the young people were grabbed by the gang and held as Down the Hill members tried to get further pay revenge by forcing the young woman at gun point to betray a friend of hers. They ordered her to call him and get him to leave his house in Queens so he could be ambushed. 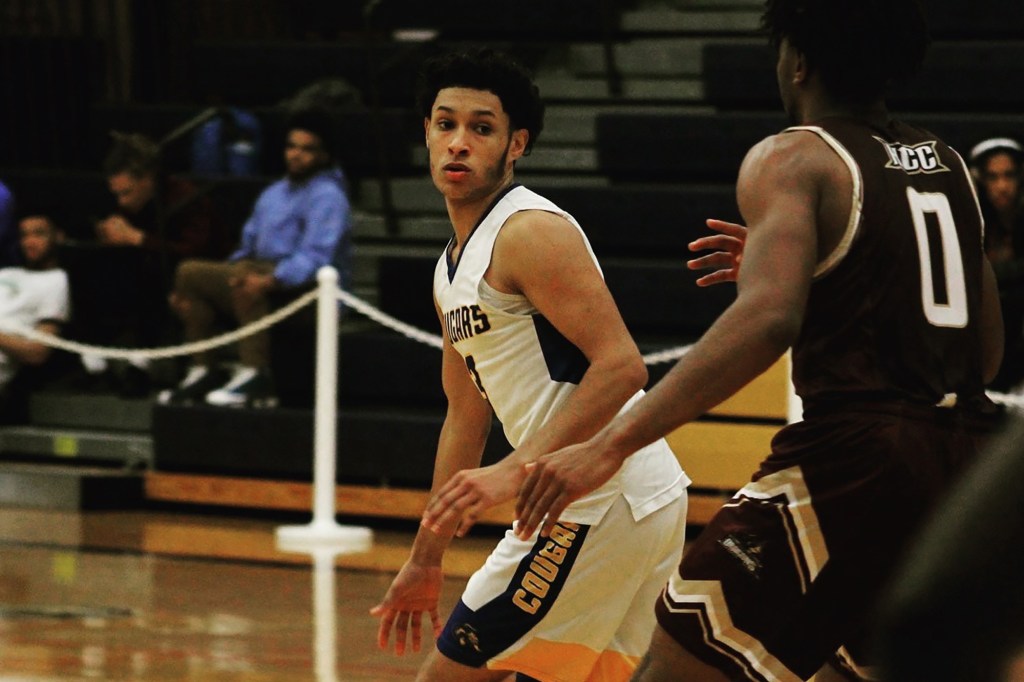 Jesse Parrilla played basketball at Genesee Community College in upstate New York.
Police said the victim, identified by sources as Maurice Sullivan, 27, was taking out his trash in Maspeth when a dark-colored vehicle pulled up around 2:20 a.m. and shot the victim in the left side of the face.
Tragically, the bloodletting wasn’t over, as Huang and her friend Parrilla would be the last to die.
Sometime after she called Sullivan, the victims were then driven to a quiet, leafy area near the popular Bronx golf course, where they were shot gangland-style and the car, owned by Parrilla mom, was set ablaze. 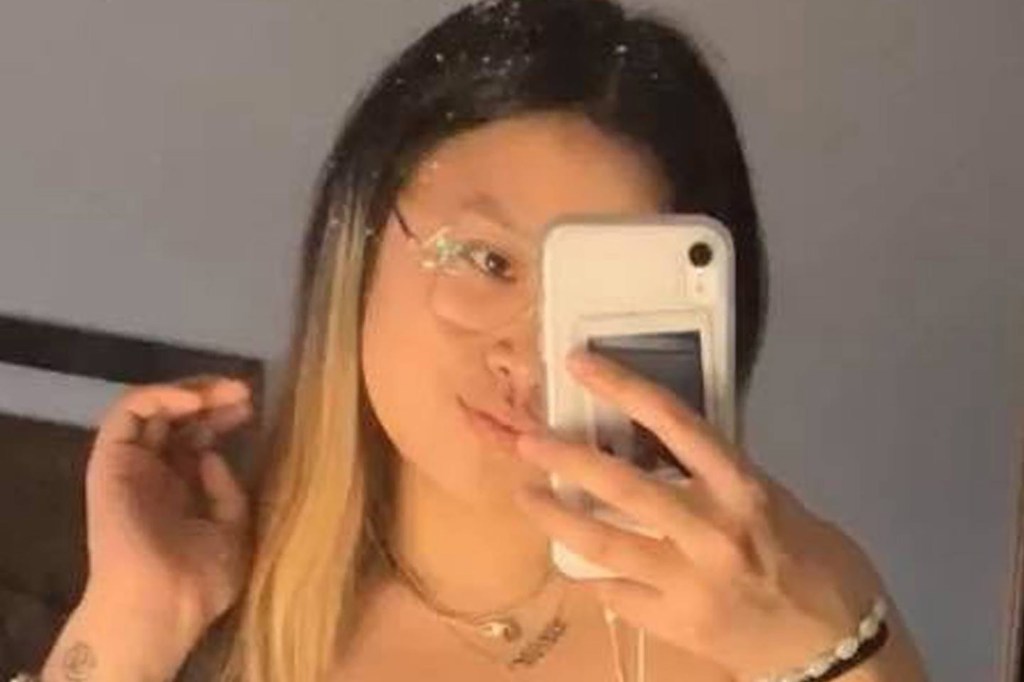 The Down the Hill gang members reportedly targeted Nikki Huang after shooting two Up the Hill rival crew members.
Huang, 23, worked at Wa Lung Kitchen, a Chinese restaurant in the Lower East Side owned by her mother, who also owns Nails by Nikki, a nearby nail salon.
“She was tough, she was a strong girl,” said Dean Ford, 25, a former classmate at PS 110 and Tompkins Square Middle School. “But she was a loyal friend. She had a nice smile.
Neighbor Imam Choudhury, who said his wife once babysat Parrilla, said Morales was “screaming and crying” after getting the news of her only son’s death on Monday. 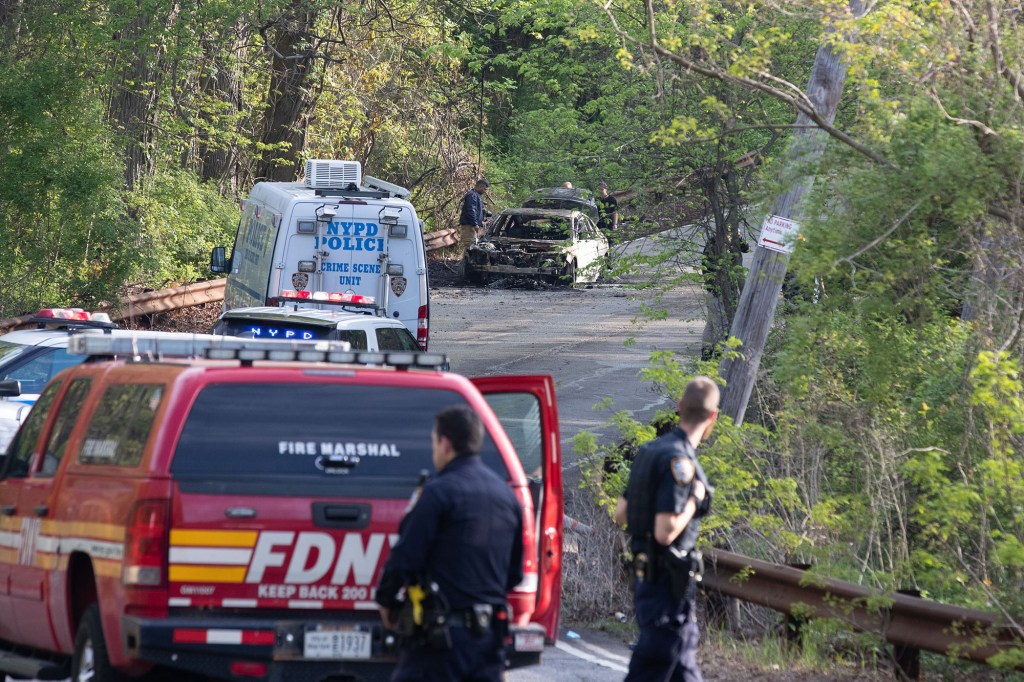 Down the Hill gang members allegedly held Nikki Huang and Jesse Parrilla at gunpoint to ambush Huang’s friends.Robert Mecea
“She couldn’t stand,” Choudhury said. “Her relatives had to hold her up.”
“This is very tragic,” Ford added. “It’s just a terrible way to go out. I feel bad for her family. Somebody has to be real evil to do something like that.”
Huang’s family could not be reached for comment at their home or the two businesses.
Parrilla, who played basketball for Genesee Community College for one year, hoped to be a business owner after his hopes for an NBA career seemed less likely, his mother told The Post. 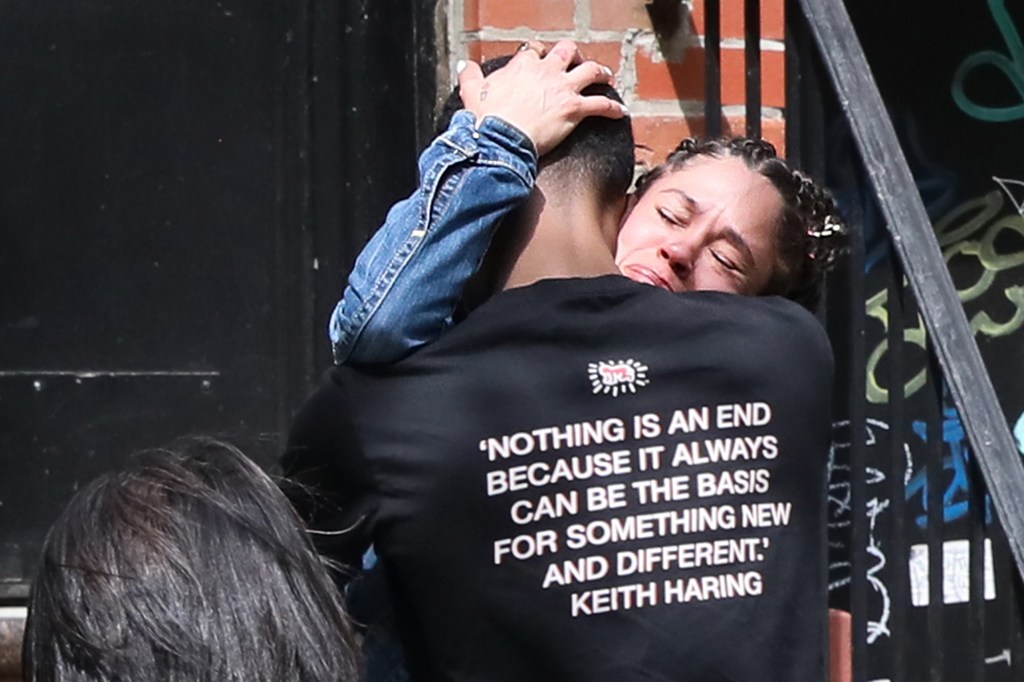 Michelle Morales was devastated after confirming to police that her son, Jesse Parrilla, was the driver of the burned up vehicle.William Farrington
“I’m trying to hold on,” Morales said. “I got a call from the police regarding my car. He called and I confirmed the car. I said the driver is my son.
“I found out he had passed from the detective,” she said. “I screamed.
“I want justice for my son,” she added. “I want whoever did this to come forward.”
A spokesman for Genesee Community College said in an email Thursday that the school was “saddened to learn of the tragic and untimely passing of Jesse Parrilla, who played on the school basketball team for one year and continued to take online classes. 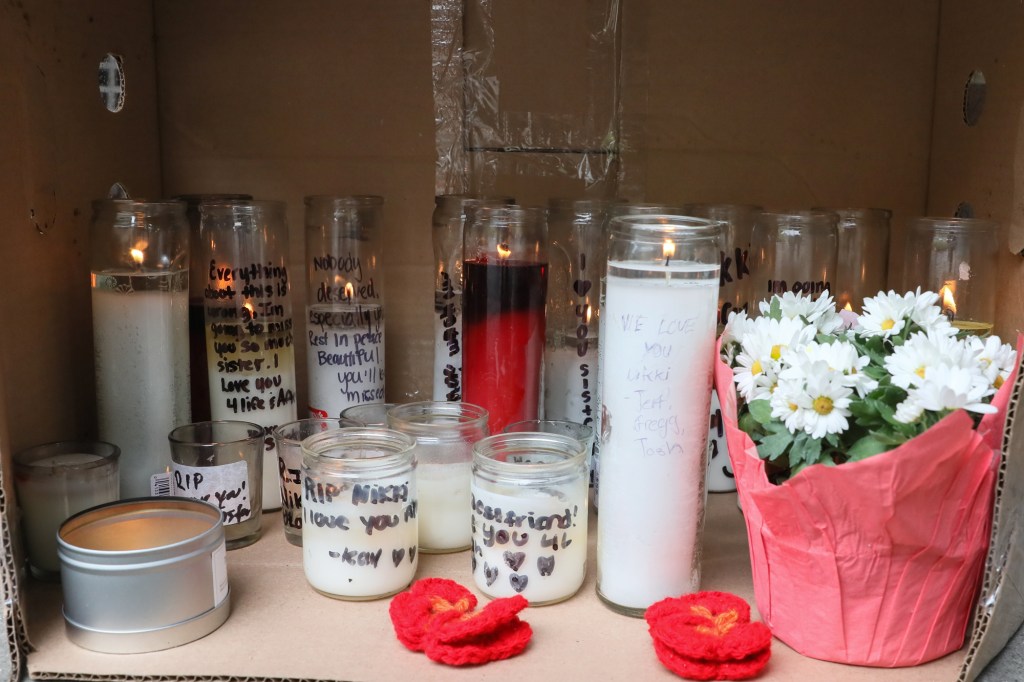 A memorial for Nikki Huang outside of her family restaurant on Grand Street in Manhattan. William Farrington
“During his time on campus in 2018-2019, Jesse was an energetic and well-liked student who made his mark in many areas, including as a member of our men’s basketball team,” the statement said.
“Jesse continued his academic pursuits at GCC as an online student as recently as spring 2021,” it said. “Jesse is dearly missed by the GCC community….”
You must log in or register to reply here.
Share:
Facebook Twitter Reddit Pinterest Tumblr WhatsApp Email Share Link
Top