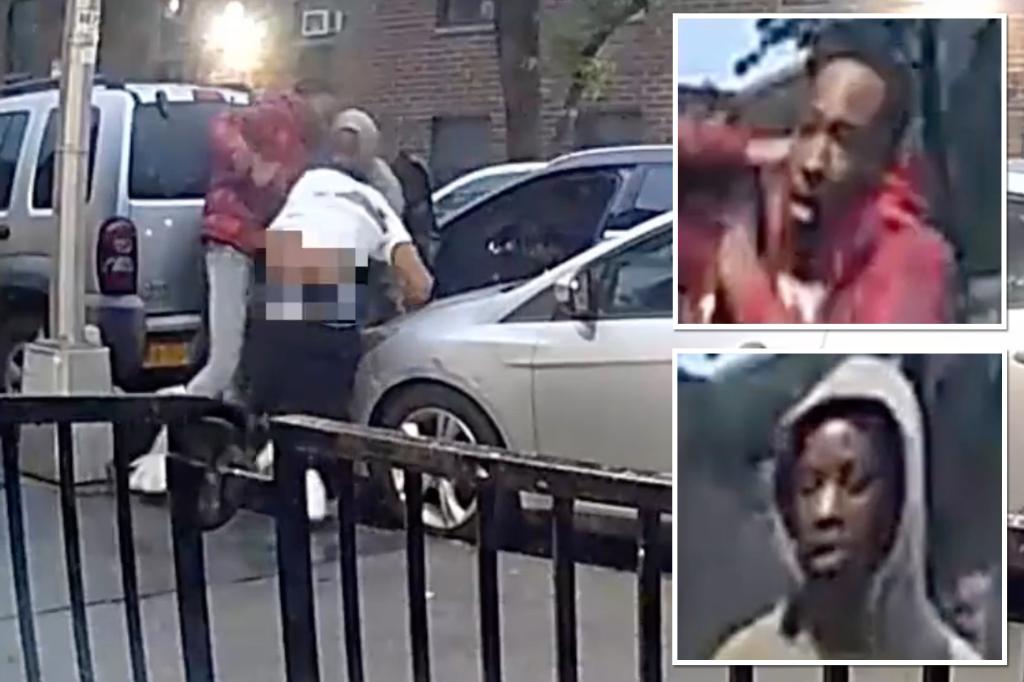 Two suspects stabbed, slashed and punched a Bronx driver on May 7.


Two suspects stabbed, slashed and punched a Bronx driver during a brutal caught-on-video robbery released by cops late Thursday.
The 25-year-old victim was inside his black BMW sedan on East 167th Street near Union Avenue in Foxhurst minutes before 8 p.m. May 7 when the pair approached him, police said.
One of the men climbed into the victim’s car through the front passenger door, while the other got into the backseat on the driver’s side, cops said.
The first suspect pulled out a handgun and demanded the victim’s property – prompting him to get out of his car and attempt to flee for safety, police said.
That’s when the incident turned violent, as both muggers grappled with the victim outside his car, video shows. 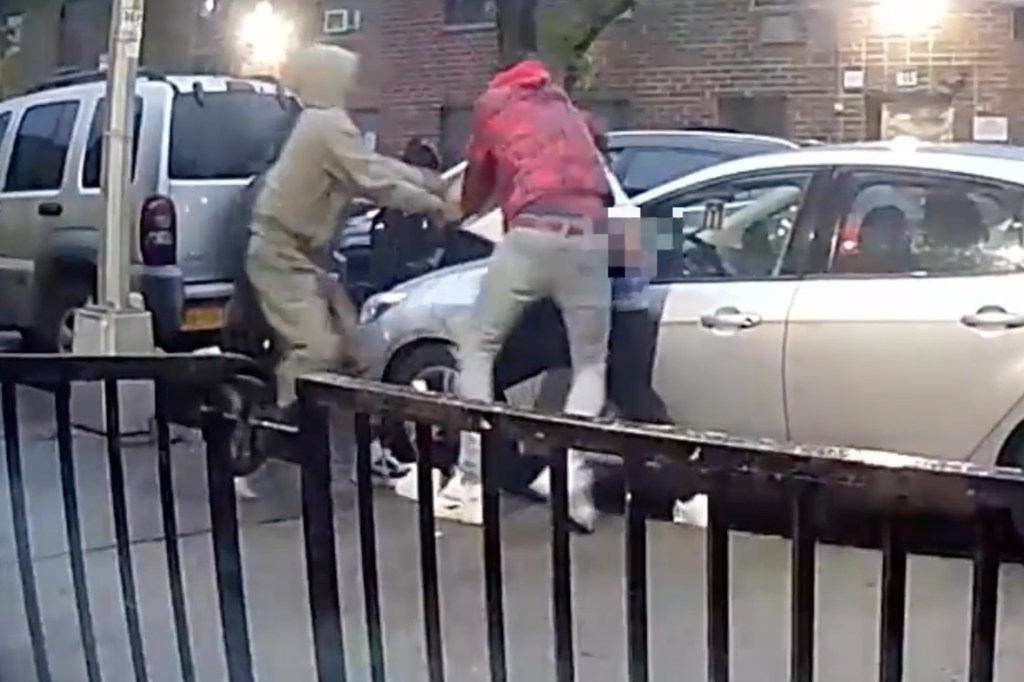 The first suspect pulled out a handgun and demanded the victim’s property.NYPD
The duo punched the victim and stabbed and slashed him with knives, cops said.
They then took off with a watch, two chains and three bracelets valued at a total of about $1,000, police said.
The pair then fled into a building on the block, cops said. 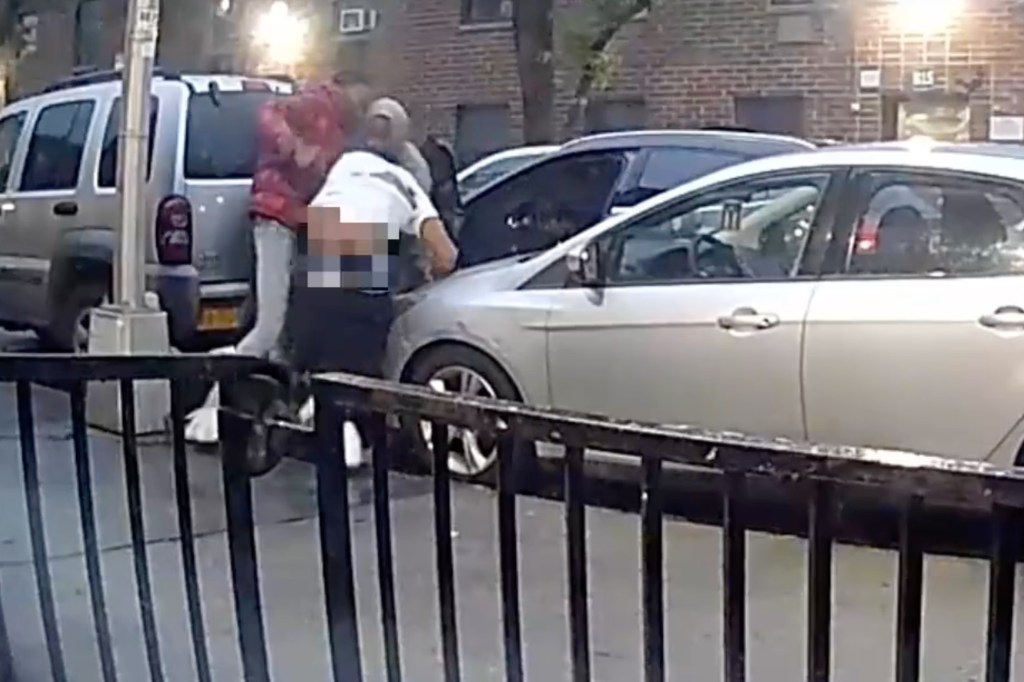 The duo punched the victim and stabbed and slashed him with knives, cops said. NYPD