Terry Stafford, 29, and Mercedes Martinez, 22, were taken into custody after Corpus Christi Police pursued the suspects in North- Central Texas. 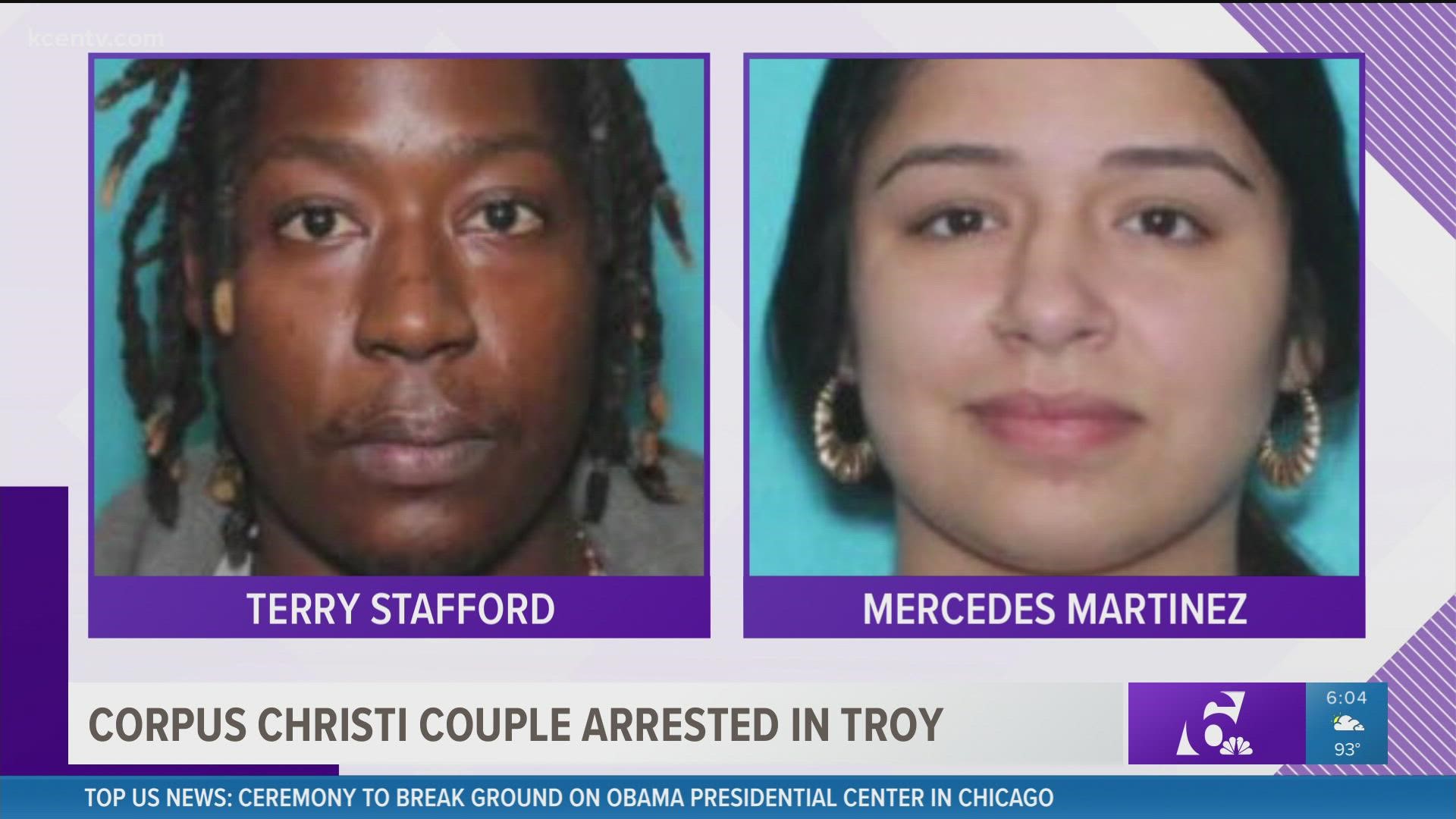 CORPUS CHRISTI, Texas — A man and a woman have been arrested in connection with a Corpus Christi murder, officials say.

Terry Stafford, 29, and Mercedes Martinez, 22, were taken into custody after Corpus Christi Police pursued the suspects in North- Central Texas. 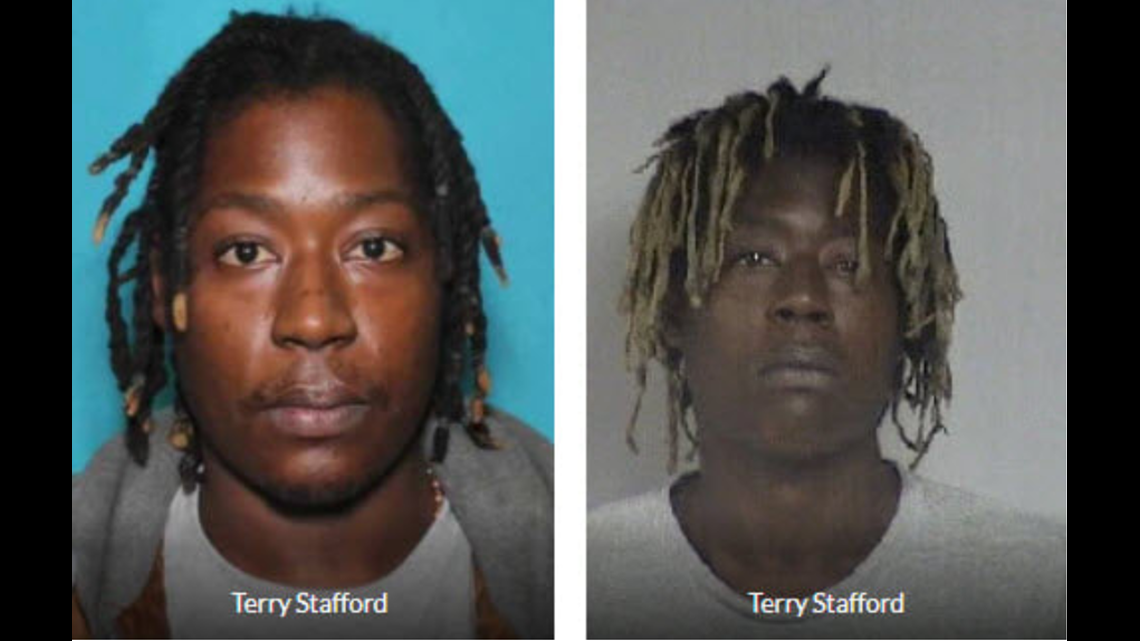 Martinez has an outstanding warrant for failure to report a felony and hindering apprehension. 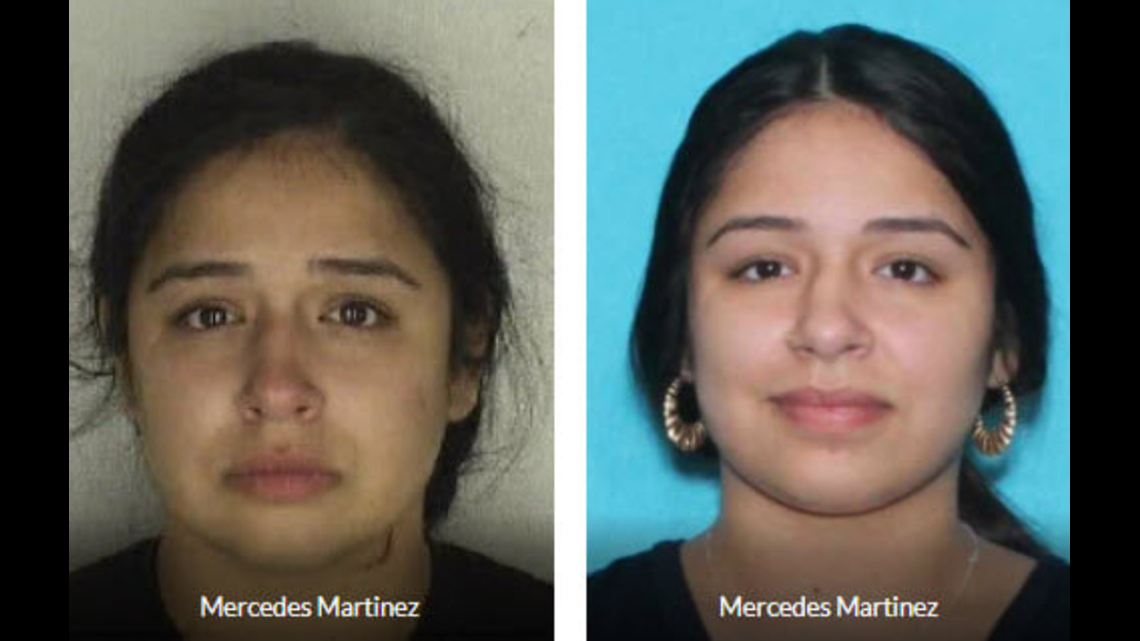 The couple were apprehended for allegedly shooting Lucas at a local Stripes in the 4100 block of Ayers and Horne Rd. on Sept. 20.

According to police, the shooting happened just before 5 p.m.

Officers found Lucas with a gunshot wound. He was transported to a local hospital where he later died.

Investigators say the couple will later be extradited to Nueces at a later time.

This case is still under investigation according to investigators. If you have any information about this case, please call Corpus Christi Police Robbery and Homicide Dectivites at 361-886-2840.

Black Death and Abrupt Earth Changes 02-01-2018 updated version PDF
“The welfare of the people...has always been the alibi of tyrants, and provides...the servants of tyranny a good conscience.” ~Albert Camus
14.88 Mystery: $14.88 is everywhere!
Like Reply
Select for moderation Report Edit Delete IP Warn CORPUS CHRISTI, Texas — The parents of the victim of this week's deadly shooting at a Corpus Christi gas station are trying to come to terms with 44-year-old James Wesley Lucas, Junior's untimely death.
“That was my son," James Wesley Lucas, Senior said. "That was my boy. And (the gunman) shot him down like a dog. It’s not right man."

Corpus Christi Police have recovered the S.U.V. involved in the shooting that happened in the parking lot of the Stripes at Ayers and Horne around 4:45 Monday afternoon, but so far there's no official word of any arrests.
Lucas's mother, Linda Loveday, visited that parking lot from San Antonio Wednesday, and she was left wondering why her son's murderer is still at large.
"I don’t know why they didn’t get this guy," she said. "They've got cameras everywhere in broad daylight."
Surveillance cameras did capture images of the S.U.V. and two women who police consider persons of interest.

But if images exist of a third person in the vehicle, believed to be shooter, police have not released them.
Both parents hope information will come from the public that brings their son's killer to justice.
“I want the man caught," Lucas, Senior said. "Anybody out there who can come forward, please come forward. This man deserves to get what he has coming."
“I just need help finding the shooter," Loveday said. "If anybody knows where that man is, contact Crimestoppers."
Tips can be submitted anonymously to Crimestoppers by dialing 361-888-TIPS.

Black Death and Abrupt Earth Changes 02-01-2018 updated version PDF
“The welfare of the people...has always been the alibi of tyrants, and provides...the servants of tyranny a good conscience.” ~Albert Camus
14.88 Mystery: $14.88 is everywhere!
Last edited by a moderator: Oct 1, 2021