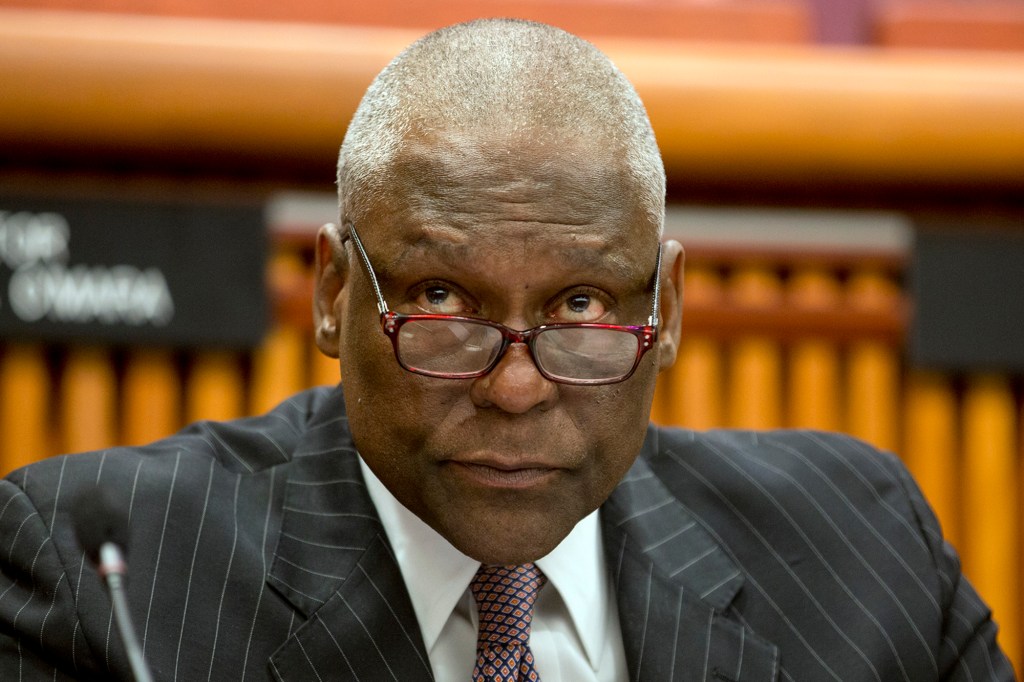 The boss of the Manhattan Democratic Party was busted for opening his car door into the path of an oncoming cyclist — sending the man flying — before allegedly fleeing the scene. 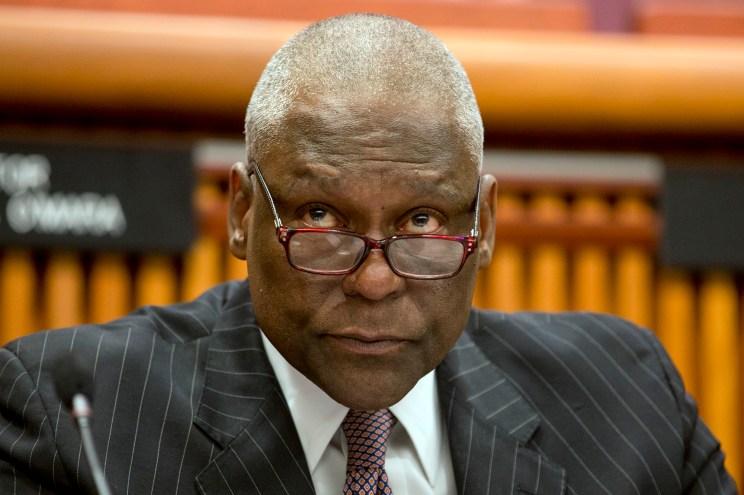 Assemblyman Keith Wright was arraigned on September 17, 2021 after sending a biker flying over his car door in Manhattan. AP Photo/Mike Groll

The boss of the Manhattan Democratic Party was busted for opening his car door into the path of cyclist — sending the man flying — before allegedly fleeing, The Post has learned.
Keith Wright, 66, chair of the New York County Democratic Committee, was on Fifth Avenue near West 139th Street when he flung open the driver’s door of his black BMW at 9:19 p.m. Aug. 26, causing the rider to smash into the door, according to a criminal complaint.
The bicyclist tumbled to the ground and sustained “bruising to his ankle and substantial pain,” the court document states.
After a brief exchange with the victim, Wright allegedly sped off without providing his name — but the bicyclist was able to take down his license plate number.
Cops tracked down Wright, who spent more than two decades in Albany as a state assemblyman representing Harlem. Detective Lamount Deaderick called him on Sept. 8 and questioned him about the incident over the phone, according to the complaint.
“I was about to open my car door while he was riding an electric bike,” Wright allegedly blurted. “It is his fault for running into my door. I told him to go to the hospital. I did not exchange my information with him. I asked for his information but he did not give it to me.” 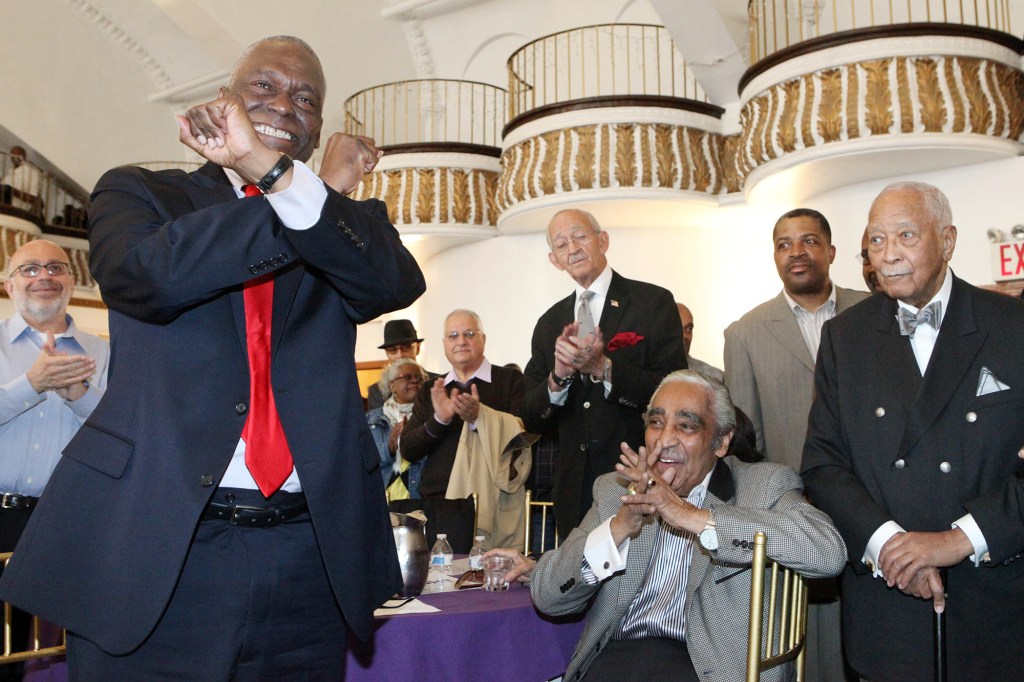 Keith Wright (left) claimed that he stayed at the scene and offered to exchange information with the biker, but that the biker refused the exchange.Robert Miller
Wright was arraigned Friday in Manhattan Criminal Court on two counts of leaving the scene of an incident and released without bail. He’s due back in court Oct. 10.
Wright’s attorney, Tony Ricco, said in a statement that the bicyclist was riding a “speeding motorized e-bike, one that was operating without a headlight, or taillight on” or a horn, and there was no way for his client to know he was rapidly approaching from behind.
After the incident, Wright remained on the scene for 40 to 45 minutes, the attorney added.
“Witness statements and photos corroborate that Mr. Wright was the victim in this situation,” said Ricco, who did not provide the referenced statements or photos.
“Dooring” — or opening a car door into moving traffic — is illegal in New York.
Former Manhattan prosecutor-turned-criminal defense lawyer Daniel Bibb said that under vehicle and traffic laws, the driver must remain on the scene after an accident.
“No matter whether it’s his fault or not, when you come into contact with a pedestrian, bicyclist or another car, you’re required by law to stop,” Bibb told The Post.
He added that there is also a New York City administrative regulation that says just about any contact between a car and a pedestrian and bicyclist is presumptively the driver’s fault. 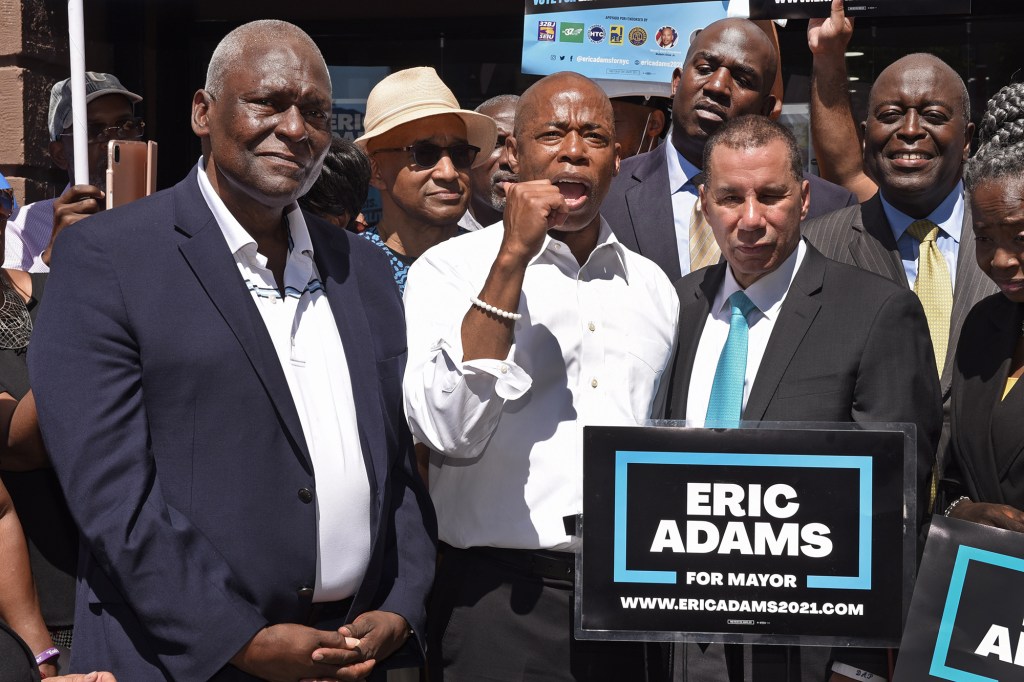 The longtime pol survived a 2019 attempt to oust him as Manhattan Democratic Party boss over his lucrative day job as a lobbyist for Davidoff Hutcher & Citron, which watchdog groups have called a conflict of interest.
He is the son of Judge Geoffrey Wright, a second-generation Manhattan jurist, who was demoted to Queens family court after cursing out a prosecutor during a proceeding.
You must log in or register to reply here.
Share:
Facebook Twitter Reddit Pinterest Tumblr WhatsApp Email Share Link
Top