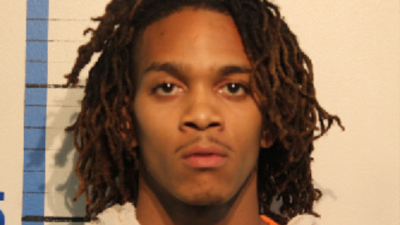 TUCSON (KVOA) - The individual arrested in connection to Monday's downtown shooting that left a Drug Enforcement Administration agent dead was identified in court documents obtained by News 4 Tucson on Tuesday.

On Monday, Devonte Okeith Mathis was arrested on drug charges after he and an unidentified individual were allegedly caught in possession of a large amount of marijuana during a routine interdiction on an Amtrak train stopped at the downtown train station, located at 400 N. Toole Ave.

According officials, the unidentified individual and Mathis were reportedly sitting in the back row of the train stationed when a DEA agent observed Mathis reportedly retrieve several bags.

When the agent asked Mathis about the bags, he allegedly denied that the bags belonged to him. However, after he removed the bags from the train, the DEA agent opened one bag and said he found "two packages of bulk marijuana."

Two other DEA special agents, one of which was identified by the Associated Press as Mike Garbo, to speak with the unnamed individual who accompanied Mathis on the train. After consenting to a K-9 sniff of his bags, the unidentified person reentered the train.

After Garbo and the other DEA agent received word about the two packages of marijuana, the two agents approached the unnamed suspect on the train. Upon contact, the unidentified individual reportedly shot and killed Garbo and shot the other DEA agent several times. Officials say a Tucson Police Department officer was also shot and injured in connection to the incident.

Immediately after the first shots of gunfire were heard on the train, Mathis was detained.

After additional law enforcement arrived at the scene, the unidentified suspect was shot and killed during an exchange of gunfire.

According to court documents, a search warrant uncovered 2.39 kilograms of raw marijuana, 50 packages of marijuana edibles - each with 3.5 grams of marijuana per package and other marijuana and cannabis products inside the bags associated with Mathis.

Mathis was charged with knowingly and intentionally possessing with the intent to distribute less than 50 kilograms of a mixture or substance containing a detectable amount of marijuana.

According to a background check conducted by News 4 Tucson Investigators, Mathis was previously arrested for marijuana and weapon charges in Texas.

On Monday, officials released that the TPD officer injured in the shooting was transported to the hospital and was in stable condition. The DEA agent injured in the incident was said to to be critical condition.

The law enforcement officers injured in the shooting were all associated with the southern Arizona's regional Counter Narcotics Alliances.

Amtrak said there were 137 passengers and 11 crew members aboard the train at the time of the shooting.

No other injuries were reported in connection to the incident.

Black Death and Abrupt Earth Changes 02-01-2018 updated version PDF
“The welfare of the people...has always been the alibi of tyrants, and provides...the servants of tyranny a good conscience.” ~Albert Camus
14.88 Mystery: $14.88 is everywhere!
Like Reply 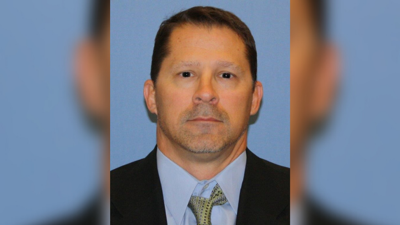 PHOENIX (AP) — A Drug Enforcement Administration special agent who was shot and killed by an Amtrak train passenger in Arizona has been identified.
According to two people familiar with the matter, Special Agent Mike Garbo was killed Monday during an inspection in a train car stopped in Tucson.
The DEA is expected to formally release his identity Tuesday.

A second agent and a Tucson police officer were wounded in the shooting at the station in the city’s downtown and sent panicked passengers running.
A regional task force was checking for illegal money, weapons and drugs.