A federal jury yesterday convicted a former Media Partnerships Manager for the Middle East/North Africa (MENA) region at Twitter of acting as a foreign agent without notice to the Attorney General, conspiracy, wire fraud, international money laundering, and falsification of records in a federal...

Federal Jury Finds Former Twitter Middle East Media Partnerships Employee Guilty of Fraud, Conspiracy, Obstruction, and Foreign Agent Charges for Bribe Scheme to Access, Monitor, and Convey User Information on Behalf of the Kingdom of Saudi Arabia and its Royal Family​
A federal jury yesterday convicted a former Media Partnerships Manager for the Middle East/North Africa (MENA) region at Twitter of acting as a foreign agent without notice to the Attorney General, conspiracy, wire fraud, international money laundering, and falsification of records in a federal investigation. The verdict follows a two-week trial before the Honorable Senior U.S. District Judge Edward M. Chen for the Northern District of California.
According to court documents and evidence presented at trial, Ahmad Abouammo, 44, formerly of Walnut Creek, California, and currently residing in Seattle, was employed at Twitter as Media Partnerships Manager for the MENA region. The evidence at trial demonstrated that Abouammo took bribes in exchange for accessing, monitoring, and conveying the private information of Twitter users to officials of the Kingdom of Saudi Arabia and the Saudi Royal family. In this position, Abouammo was responsible for protecting Twitter user information and owed Twitter his honest services. Twitter policies also required Abouammo to disclose violations of Twitter’s security policies and report gifts from those with business dealings with the company. When questioned about the accesses of Twitter user information and his receipt of bribes, Abouammo then lied to FBI investigators and falsified a document.
“Abouammo acted in secret as an agent of a foreign government targeting dissenting voices,” said Assistant Attorney General Matthew G. Olsen of the Justice Department’s National Security Division. “This verdict shows that the Justice Department will not tolerate any act of transnational repression and will hold accountable those who aid hostile regimes in extending their reach to our shores.”
“The Northern District of California is home to many of the most innovative technology companies in the world,” said U.S. Attorney Stephanie M. Hinds for the Northern District of California. “One consequence of this good fortune is that companies in this district often collect and store vast amounts of data from customers and vendors. In this case, the government demonstrated, and the jury found, that Abouammo violated a sacred trust to keep private personal information from Twitter’s customers and sold private customer information to a foreign government. Abouammo’s decision to accept bribes in exchange for providing to a foreign government the protected information of customers could have untold damaging consequences. As this case demonstrates, we will not tolerate the misuse of personal information or attempts by foreign governments to recruit secret, malign agents at American technology companies. Where such misuse violates the federal law, offenders will be prosecuted.”
“Any attempts by foreign governments to hijack free speech – in social media or any form – will not be tolerated here in the United States. This case is proof of the FBI’s commitment to defend our constitutional right,” said Assistant Director Alan E. Kohler Jr. of the FBI’s Counterintelligence Division. “Authoritarian governments rely on transnational repression to shape the world in their favor and stifle dissent. We remain dedicated to protecting the United States from all threats foreign and domestic, which includes efforts by foreign governments to stalk, harass, or intimidate the people within our borders.”
Black Death and Abrupt Earth Changes 02-01-2018 updated version PDF
“The welfare of the people...has always been the alibi of tyrants, and provides...the servants of tyranny a good conscience.” ~Albert Camus
14.88 Mystery: $14.88 is everywhere!

Could Pelosi be drunk?

Josey got blocked by Shannon Watts over gun rights.
Josey thoroughly shamed Watts over her stupidity.

Speaker Pelosi: "This is a Cover-Up"

House Speaker Nancy Pelosi (D-CA) said a whistleblower complaint against President Trump in which the president is accused of using the office of the presidency for political gain shows a "cover up" by the Trump administration. Her comments came during her weekly briefing with reporters. She...

Michael Yon, tells it like it is.
I followed Yon for years.

We are heading into one of the most epic famines in world history, where the poor will freeze in the dark and burn in the sun while they starve. Michael Yon, one of America’s youngest Green Berets at 19 years old, joins Dr Jordan B Peterson to discuss the current state of affairs across the globe. Michael has traveled and lived over half of his life abroad in more than 80 countries. Author of three books in the United States and three others in Japan, he is America’s most experienced combat correspondent.
EDIT: Yon lives in Florida.

Heh, ha ha. Everyone is laughing at the black robbery.
He screamed like a monkey

LOL, must listen to Biden, from 1994.
I was checking up on buddy, https://twitter.com/GuntherEagleman

Told ya, The New Silicon Valley is to be in Kyiv.

Where did you think the sand came from? 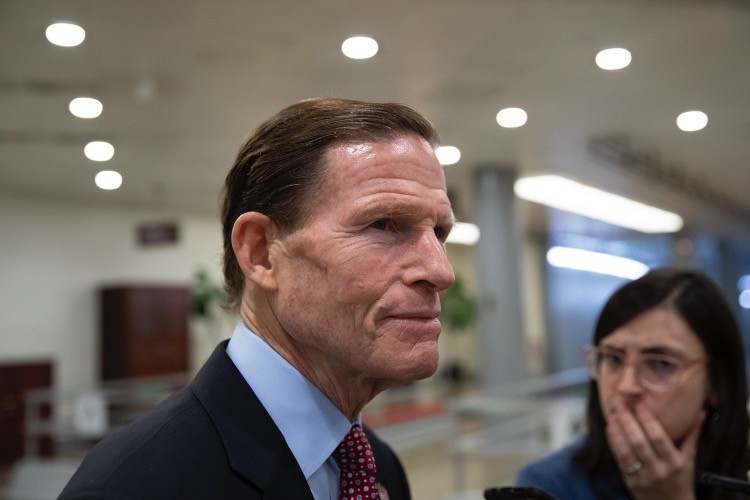 He had no idea, he says, that he was speaking at a ceremony hosted by representatives of history’s most prolifically mass-murdering ideologists. ...

The Wisconsin Department of Health Services (DHS) is expanding the eligibility criteria for who can get vaccinated to protect themselves against monkeypox. Following updated guidance from the Centers for Disease Control and Prevention (CDC), the new eligibility criteria allow for more people who...

As of October 5, 2022, 81 cases of monkeypox have been identified in Wisconsin. The rate of new monkeypox cases continues to decline, but most new cases in Wisconsin and the U.S. are occurring in gay, bisexual, and other men who have sex with men. Many social and economic factors are also contributing to communities of color being disproportionately affected by monkeypox. Vaccination rates for monkeypox remain significantly lower in people who report their race as being non-white nationally and in Wisconsin. Expanding who is eligible to get vaccinated is an important step to promoting health equity and ensuring all Wisconsinites can protect themselves against monkeypox.
Click to expand...

Of course, that info is not put out by DHS on Twitter.

(Teva Pharmaceuticals in Israel is who mfg's the hormone blocking drugs)

Israel Makes the Hormones I Need, But I Support Palestinian Liberation

"A large part of the trans community in the U.S. is being forced to choose between our life-affirming transitions and our Palestinian siblings’ demand for freedom."

A new method of payment for financial war on the poor.
In the switchover, they'll be forced to pay last + next month's bill.

U.S. Army @ Fort Benning, Georgia, was School of the Americas better known by SOAW as School of Assassins. They trained revolutionary soldiers, who went into El Salvador, Honduras, etc.
Around 12 of those trained leaders were tried and convicted of mass assassinations, brutal war crimes against humanity.

SOAW via Twitter is all about pro BLACKS & BROWNS with demands of fully unregulated open USA borders. SOAW has all the colored followers, such as BAMN, Haitian Bridge, HIAS, etc.
If you want to know about or keep up with their movements, then follow here: The U.S. Committee for Refugees and Immigrants joins haitian bridge alliance and 81 other organizations condemning haitian expulsions. The Biden administration has promised to make immigration fair and humane, and to fight racism in US policy.