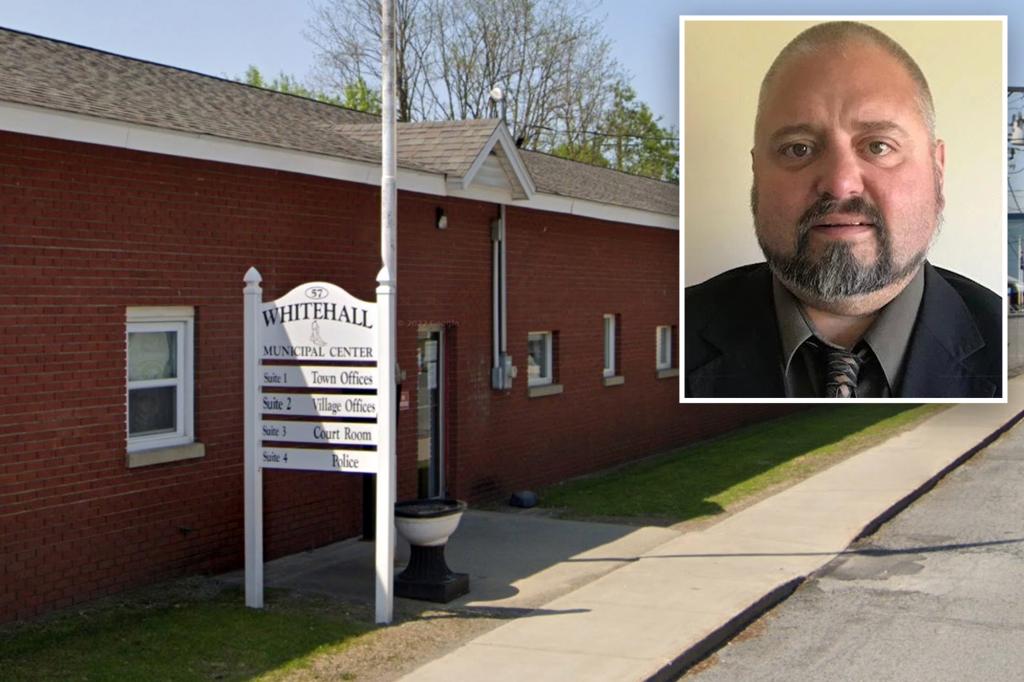 An upstate judge who pulled a gun on a defendant in court and then later bragged about it should be removed from office, a watchdog group said.


An upstate New York judge pulled a loaded handgun on a defendant — and later bragged about it by describing how he had once pointed a firearm at a “large black man” inside the courthouse, a state judicial watchdog alleged Thursday.
Robert J. Putorti, 52, a judge in Whitehall since 2014, should be removed from the bench over the incident, the State Commission on Judicial Conduct said in a determination.
The judge, who served in Whitehall Town Court and at Whitehall Village Courts, took out a semi-automatic handgun and pointed it at a defendant who posed no threat to him in early 2015, the commission said.
Putorti – who regularly kept a gun under the desk at his judge’s bench – then went on to gloat about the incident for his cousin, a journalism student at Hofstra, in a piece titled “Carrying in the courtroom” which was published in the Long Island Report. 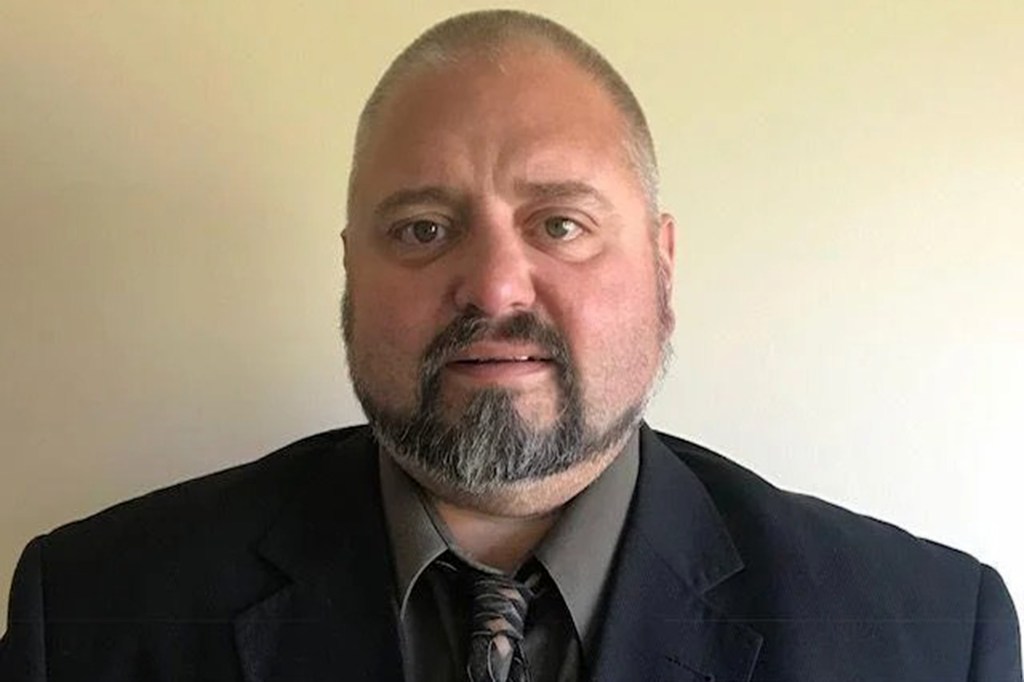 The NY Commission on Judicial Conduct is recommending that Judge Robert Putorti be removed from office for allegedly pulling a gun on a defendant in court.via PostStar.com
In the article, Putorti said he took out the weapon pointing it at “someone” who came rushing toward him and said “woah, woah, woah, slow down,” the SCJC’s determination said.


00:02 01:28
Putorti then boasted about taking out his gun in court to other judges on several different occasions, describing the defendant as an “agitated” “big black man” who was nearly seven feet tall and “built like a football player,” according to the commission.


This was despite the fact that the man was only six feet tall and weighed 165 pounds, the SCJC said, finding that the judge had “exaggerated [the defendant’s] physical stature.”


While, the judge is allowed to carry a concealed gun at his bench, he can’t brandish the firearm unless he believes someone else is using deadly force, the determination states.


“Although [Putorti] states that he subjectively feared for his safety when he brandished his gun at [the defendant], he now acknowledges that he had no reasonable basis to believe that [the defendant] was about to use imminent deadly force against him or anyone else,” it says. “In retrospect, [Putorti] admits that he was not justified in brandishing his gun.” 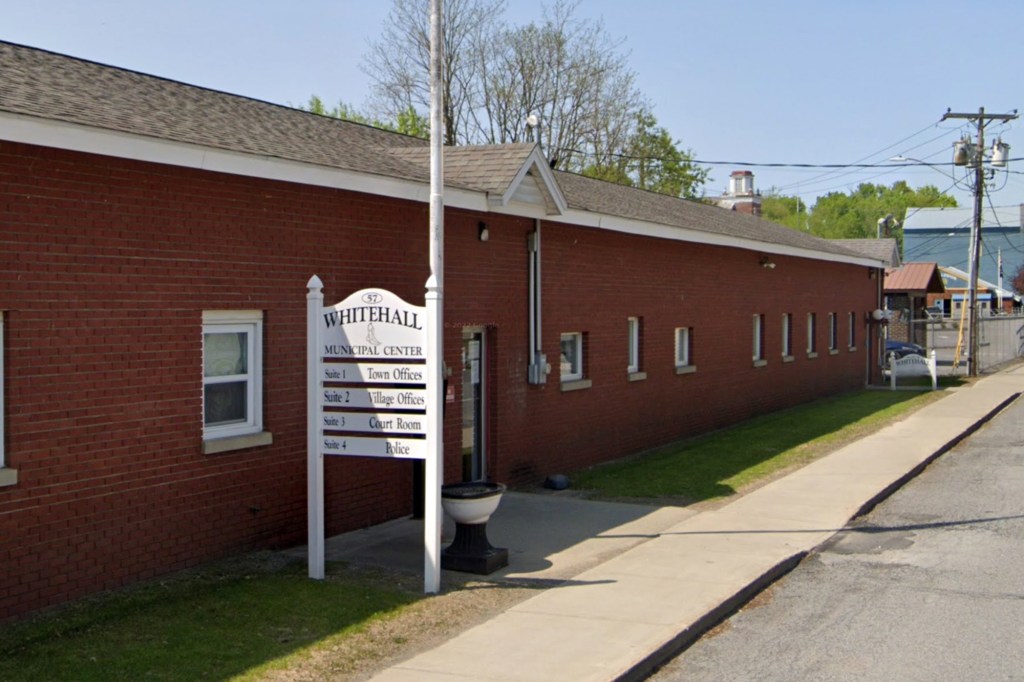 Purtorti was a judge in upstate town and village courts in Whitehall, New York.Google Maps
Putorti had also told his cousin that he took out the firearm and pointed it at someone who approached him when he was helping his since-deceased grandfather get his stolen car back, the commission said.


In April 2015, cops saw the judge carrying a gun at a convenience store in Virginia, but he was not arrested, according to the watchdog.


The SCJC mounted one charged against Putorti in June 2020 over the courthouse gun incident, and another in January 2021 for allegedly fundraising for the Elks Lodge, a fraternal order, on his Facebook at least seven times. Leveraging ones position as a judge to fundraise is prohibited.


The commission found that Putorti’s conduct, “demonstrated that he lacks the appropriate judicial temperament” and that “his actions irreparably undermined confidence in his ability to continue as a judge.”


Putorti has 30 days to either accept the decision or ask the Court of Appeals to review it.


“The courthouse is where threats or acts of gun violence are meant to be resolved, not generated,” SCJC Commissioner Robert Tembeckjian said in a statement. “But for the fact that it happened in this case, it would otherwise be unfathomable for a judge to brandish a weapon in court, without provocation or justification.”


“To then brag about it repeatedly with irrelevant racial remarks is utterly indefensible and inimical to the role of a judge.”


Putorti’s lawyer Michael Root told The Post, “We will not be making any comments until the matter is reviewed and a final determination is rendered by the Court of Appeals.”
Those who find the truth hateful just hate hearing the truth.