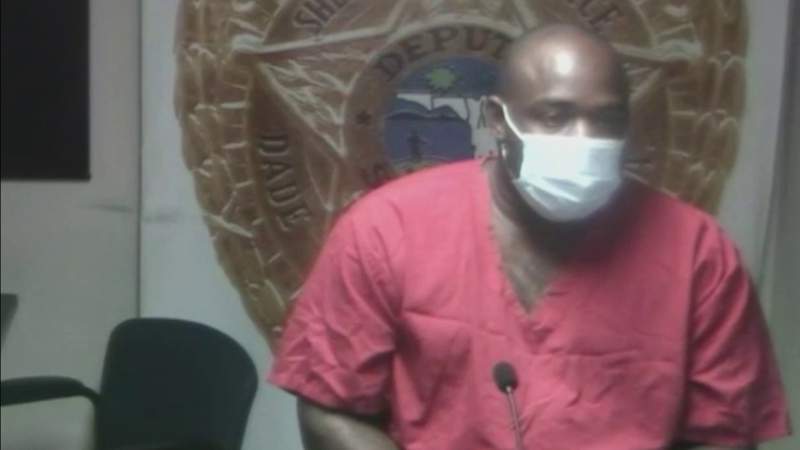 A man who works as a security guard and an assistant football coach for Miami-Dade County Public Schools was arrested Monday on a charge of sexual battery on a minor by an adult.
www.local10.com

MIAMI-DADE COUNTY, Fla. – A man who worked as a security guard and an assistant football coach for Miami-Dade County Public Schools was arrested Monday on a charge of sexual battery on a minor by an adult. He was released on bond on Tuesday.

Dominic Alganon Johnson, 36, was taken into custody at Miami Carol City Senior High School in Miami Gardens. A county schools spokeswoman said Johnson has been employed by the district for 11 years, most recently at Carol City High, and that they have already taken steps to terminate him.

According to his arrest report, Johnson texted the 16-year-old victim on Sunday and told her that he had a gift for her at his home.

Police said the teen went to Johnson’s house, and while there asked if she could use the restroom. The victim told police that while she was washing her hands in the bathroom, Johnson came inside and began to rub her buttocks over her clothing with his hands.

According to the arrest report, Johnson then “placed his hands inside the front of his pants and began to move in a back and forth motion.”


Police said Johnson told the teen he was going to get a condom and the victim told him, “no,” and tried to leave the bathroom.

According to authorities, Johnson told the teen to be quiet, and then went to get the condom and raped her.

Police said Johnson denied the accusations against him.

He posted a $25,000 bond Tuesday and has been released from jail. He was ordered by a judge to stay away from the victim