Another fake hate crime by an "N-WORD" Negro 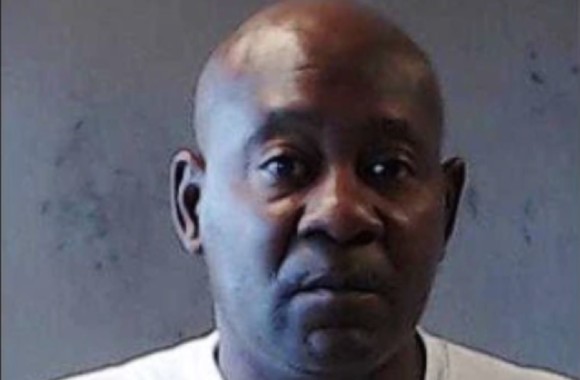 Emory University’s Police Department on Wednesday arrested the man accused of writing racial slurs and swastikas at its autism center in early August.

Roy Lee Gordon Jr. (right) is charged with second-degree burglary, Emory officials said in a news release that indicated Gordon is also the same person who allegedly wrote the “N-word” and drew swastikas at the Emory Autism Center last month. He is a former employee of the university.

A police mugshot published by the Atlanta Journal Constitution shows that Gordon is black. This is the first time his race has been revealed publicly.

Although Emory officials have known the man accused of the racial vandalism is black since early August, they have not informed the campus community of his race, which may have put a different interpretation of the incident on it.

Asked for a mugshot and information on what Gordon is accused of stealing, and what his possible motivation was for allegedly committing these acts, Emory spokesperson Gana Ahn told The College Fix on Thursday that, “Unfortunately, we are unable to share any additional details beyond what is in the statement.”

“Emory is unable to share personnel information and can’t speculate his intentions,” Ahn said via email.

On Wednesday, the university continued to maintain that it condemns “acts of racism and antisemitism,” however did not mention the race of the suspect in its September 22 news release.

Emory did not want to reveal suspect’s race

The College Fix has filed multiple public records requests with the university and several police agencies over the last month to obtain more information about Roy Lee Gordon, Jr., but Emory police and local law enforcement has repeatedly declined to answer questions or provide information.

The arrest warrant for Gordon was issued August 20. The vast majority of arrest warrants include a suspect’s race, but officials refused to provide The College Fix a copy of this public document. Because of this, The College Fix first raised the possibility that the incident was indeed a hate-crime hoax on August 25.

Emory spokesperson Lauren Diamond told The Fix last month that the school had “nothing to add” besides the minimal details in the original news release announcing the identification of Gordon and that he had previously worked part-time at the Georgia university.

The police report, obtained by The College Fix, provides more details of what happened nearly two months ago on August 9.

An unidentified staff member “inspected the second and third floors of the facility and discovered that the building had been vandalized, with swastikas and the (N) word written in the hallways and office space near room 324.”

“The vending machines on the second floor near room 215 were also vandalized. I continued canvassing the building and discovered additional graffiti and swastikas throughout the property near rooms 220, 329, 318, 308 and 304,” Gonzalez wrote.